Facebook has always been known as a user-friendly company with online tech support on demand. Instagram and Facebook have both seen their fair share of success and are two of the biggest social media platforms of all time. Unfortunately, in recent years, Facebook has received some criticism and there is now a new controversy – spying. Facebook has found themselves in a media frenzy with users claiming the tech giant of spying on Instagram users. It’s certainly an accusation that could have a major impact on the social media platform and trust from users. So, is Facebook and Instagram really spying on you?

Facebook own Instagram. It was a deal that sparked a major debate in the industry as Facebook took an even greater share of the social networking scene. However, all that has come with at a price. Users claim Facebook spied on users via Instagram without their knowledge or consent. It’s thought to be for market research and a lawsuit filed claims Facebook used Instagram to do spy on users. The Instagram app gave Facebook access to the smartphone camera and that allowed the company to collect data from users. This data wouldn’t have been accessible otherwise, according to the people behind the lawsuit. 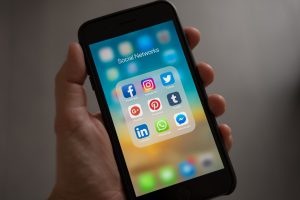 This all came about with the latest update of Apple iOS 14 in the summer of last year. The operating system update gave iPhone users new features, including one that alerted users when apps accessed the phone’s camera. It’s thought Instagram (and ultimately, Facebook) tried to collect personal information that was private, all for market research purposes. Facebook then claimed that it was a bug in the software and that they’d only ever access a camera when users allow them access. Users quickly contacted remote tech support and were told it was an error on the new software, but people weren’t convinced.

It wasn’t just one user that found they had a problem with Instagram seemingly gaining unauthorized access to their cameras. Users from other social networking platforms, including Twitter, noticed Instagram had activated their cameras while they scrolled and accessed the site. Some users even went so far as to share screenshots with others online. Users only found out the camera was active because of a new indicator light from the updated Apple Software. Apple says they have tried to focus on privacy, and this has certainly shone a light on that topic.

Online tech support may be necessary when you’re having doubts over how secure your phone is. Of course, this lawsuit might not be heard for a while, but it does highlight privacy issues in a major way. You could be worried how or what is accessed via your phone without your knowledge; it’s a scary prospect because no-one should use their platforms to monitor or watch you for market research. 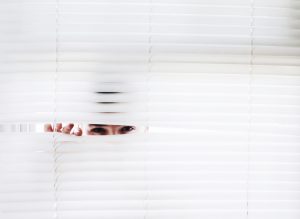 It does seem unlikely you’re being monitored by media giants; however, it isn’t impossible. You don’t know how companies like Facebook, Instagram, and even Twitter use consumer data. It could have been down to a minor fault or bug in the software update; however, it’s unlikely. You never really know how any app access your personal or sensitive information. It’s a concern because you rarely pay attention to the terms and conditions while downloading or accessing a new app. You just assume it’s safe. When you notice something unusual on your phone, contact remote tech support and get help.

The digital age has been a blessing, but it has also shone a light on the murkier parts of the industry. Giants like Facebook and Instagram attract millions of users each day, but you can’t always be sure how far they’ll go to get ahead of the game. That doesn’t mean to say Facebook intentionally spied on users, that is a matter for the authorities. The reality is that there will always be an element of risk while connecting to the web. You must do what you can to protect yourself and shield your personal information online. Contact online tech support if you notice anything suspicious on your phone.