Digital Currency: Everything You Need to Know About Bitcoin

Cryptocurrency has become the latest fad to hit the world, and yet, it seems as though it’s here to stay. As the world relies more on technology, cryptocurrencies – or digital currencies – are being sought out. While paper money is still heavily used around the world, more are turning to digital currencies to pay for goods. The argument is that it’s easier for services to use digital currency to complete transactions and since some use the best cryptography, it makes things safer. Of course, not everyone agrees.

Bitcoin has become one of the biggest cryptocurrencies of the 21st century. Technically, this is a digital currency, and has been widely used over the last few years. There is a draw to digital currencies, especially since they can be traded for profit. It is also an industry that is mostly unregulated and since it’s secure, it opens the door to a world of possibilities. So, is digital currency really a smart idea, and what do you need to know about Bitcoin?

Understanding What Bitcoin Is

Cryptocurrencies have been around for several years in fact, much longer than you might have realized. However, Bitcoin was the one that made that crucial breakthrough. Everyone knows the name and has become a valuable digital currency. Bitcoin is entirely virtual – all digital – so there is no actual Bitcoin physical money to hold in your hand. So, it was all created by a computer program. When you use a Bitcoin to pay for goods, it’s all conducted online and is considered to be a safe and secure transaction.

Bitcoin is a virtual commodity and was created by blockchains. You can exchange Bitcoin as though it were real money. Many retailers accept Bitcoin as payment, especially since the value of this cryptocurrency varies significantly. Of course, trading in Bitcoin is hugely popular too, and it can all be completely anonymous. There is no need to use brokers or middlemen to trade Bitcoin, and that is one of the reasons why it’s so popular today. 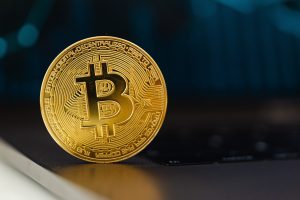 The Backstory of Bitcoin

In the 1990s, a group of cyber whiz-kids, created security models based on cryptography. Basically, it involved mathematics and helped to secure communications, commerce, and finance. It also paved the way for Bitcoin. However, it wasn’t until 2009, when Bitcoin was created. You might not know who was behind this cryptocurrency and the reality is that an alias was used, so you might never know the real identity of Bitcoin’s creator.

The idea of Bitcoin was fairly simple: to promote empowerment to everyone, along with showing state distrust. Since governments regulate and rule over paper money, some are distrustful of the government. Bitcoin was the digital currency – a first of its kind – to push an electronic P2P cash system. It’s a smart idea, and certainly an innovative one. This was not something that you’d thought possible, but it has become a hugely popular trend of recent times.

The Technology of Bitcoin

Bitcoin is quite different from traditional or physical money that’s in your hand. It is all created by blockchain. You’ll find a blockchain is a digital ledger and it’s quite different from how you’d normally use and produce money. With Bitcoin, there is nothing physical to own or hold in your hand. The cash is all digital and is owned via a key. Blockchains create private keys for your Bitcoins. However, the ownness is on you to store your private keys safely and securely as they’re entirely unique to you. Should you lose them, that’s a major headache on your part.

No Printing and Completely Anonymous

Bitcoin has changed the face of currency forever, which is both a positive and negative. Remember, there is no need to print paper money. It’s all digital and totally anonymous. What’s more, it’s autonomous. In simple terms, you own your money. It is not overseen by any jurisdiction, institution, or even a bank. Those are just a few of the reasons why so many love the idea of Bitcoin, and why you probably love it too. However, that doesn’t mean to say it’s perfect. No transactions are recorded, and no personal details are saved. That, of course, has raised some eyebrows in some communities.

How Are Transactions Formed?

In the beginning, you had to mine Bitcoin. This process was lengthy and required a lot of power to be profitable. When you mined for Bitcoin, you faced a mathematical puzzle (or at least your computer did). Once the puzzle was solved, you received a mining block – a Bitcoin. You’d need a Bitcoin account, of course, and a computer with reliable internet connection. However, that was all you needed. This was how Bitcoin started and how the craze turned into a feeding frenzy.

Buying Bitcoin and Other Digital Currencies

You need to visit a cryptocurrency exchange to buy Bitcoin. You purchase and pay for Bitcoins, and they are stored in your digital wallet. This acts like a bank account, only virtual. It’s the same method, regardless of which digital currency you wish to purchase. The exchange platforms allow you to buy and sell Bitcoins. As more platforms accept payment in the form of Bitcoin – and other digital currencies – the demand has increased. It looks as though digital money has a part to play in the future as well.

The Risks of Bitcoin

While Bitcoin looks good from the outside, it is extremely volatile. The reality is that you could invest a lot of money in Bitcoin at the start of the week and before the end, lose it all. The cryptocurrency market has ups and downs – mostly on major scales – and there are issues over regulation. There is basically no regulation and no transparency. Then, there is sustainability to consider and how valuable Bitcoin will be. Mining of Bitcoin has not only reached its peak but spilling closer over the edge.

Some retailers are also worried about the value of Bitcoin and have stopped accepting it as payment method. You also need to consider, how anonymous transactions are, and how people could use them for underhanded methods. It’s a murky area and countries are starting to sit up and take notice. As said, many retailers and outlets don’t want anything to do with Bitcoin. Of course, digital currency is a risk as you never know how or when the market will change.

The Uncertainty of Bitcoin

Bitcoin is a popular digital currency. Thousands have made money from it and many more have used it to purchase goods and services. It’s a fantastic idea, but there are still pitfalls surrounding it. You must understand the positives and negatives of Bitcoin to get a complete picture of what it is now. Remember, it has come a long way since 2009. Bitcoin has adapted, been tweaked, and faces stern competition. Also, the market’s volatility continues to have its impact. Bitcoin is a great digital currency, but it has had its fair share of scrutiny.