Apple is one of the biggest and most recognizable brands the world has seen. A year doesn’t go by without a few new products hitting the shelves. The latest to appear is the Apple smartwatch. They created one of the first smartwatches and it changed the industry forever. With the introduction of the Apple smartwatch 7, it looks certain this will draw in the customers. So, what features does the Apple watch 7 have that you might not know about?

There’s little doubt how successful Apple has been over the years. It’s widely known that Apple keeps their designs as close to the originals as possible. This isn’t a negative, it’s smart as it works for them. Why change something that isn’t broken? Apple smartwatches haven’t been given a major overhaul in recent years; however, minor tweaks have been seen. It looks set the Apple smartwatch 7 is going to have a slightly new and fresh design. With retro-inspired flat aluminium sides, this feature will impress.

Unlock Your iPhone Via Smartwatch While Wearing a Mask

With the recent pandemic, everyone has changed the way to interact with people and even technology. Apple has taken this into account, and you can now use your watch to unlock your iPhone. They, however, have also taken things a step further; you can unlock your iPhone while wearing a mask. That is a useful feature because it looks like masks will be a part of daily life for a while. You’ll love this feature because of how relevant it is today.

You Can Organize Your Home Screen More Efficiently

You think your iPhone setup is easy, well, the Apple smartwatch can go further. You’re likely to have lots of apps on your smartwatch, but since it’s a small screen, things can get crowded quickly. It could be difficult to locate certain apps or click on the wrong ones. With the Apple smartwatch 7, you can organize your home screen more efficiently. You can do it all with the tap of your finger. You tap, hold, drag, and drop to organize your apps as you’d like. It’s a great and convenient way to organize your apps. You can group or place apps in folders to tidy away applications you rarely use. 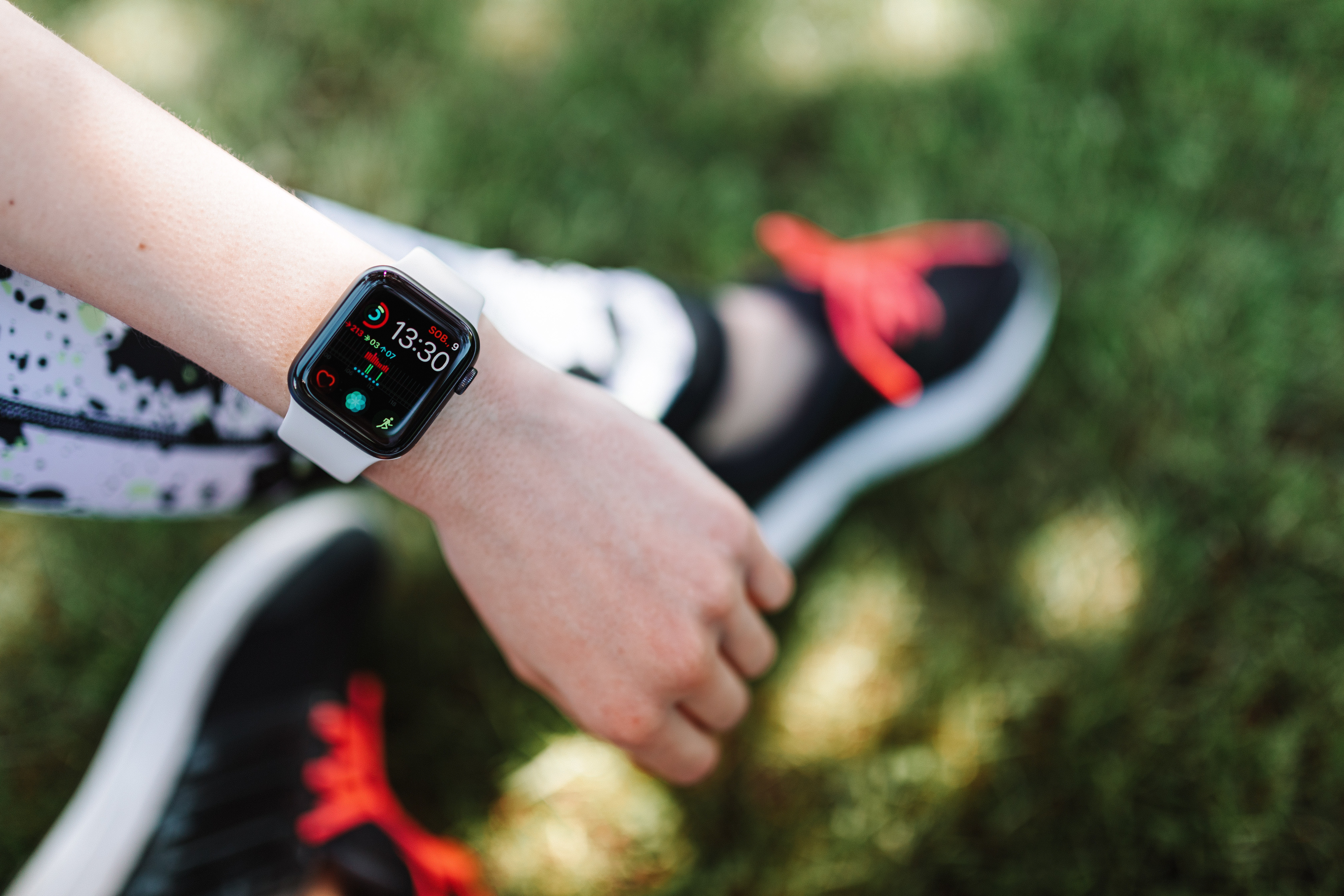 One of the newest and smartest features is the ‘share your location’ feature. This feature is smart and keep your friends updated on your progress. For instance, you’re on your way to meet a friend and they keep messaging you to ask where you are. You can send your friend a simple notification alerting them to your location. This is convenient and makes it easier to use the watch.

You don’t want to look rude checking your watch for the time. Unfortunately, there isn’t a lot of discreet ways to do this. Fortunately, the Apple smartwatch 7 gives you more discretion when it comes to checking the time. You gently turn the screen upwards, and it’s light up slowly; this enables you to have a discreet peek at the time. It isn’t an obvious move, and you don’t appear to be rude.

iPhone tech has become innovative in recent years, and the Apple smartwatch 7 doesn’t disappoint. One of the best features of the watch is the ‘cover to mute’ feature. This is when you want to receive notifications without the loud chimes. It can be a great feature, especially when you’re in a meeting or just don’t want to hear them. You can mute the notifications in seconds and change when you want to turn up the volume.

Getting water into the smartwatch is a concern because it can cause significant damage to it. Fortunately, the Apple smartwatch 7 has an impressive water lock feature. This feature basically locks the screen to prevent it from being flooded by water. It’ll also prevent the watch being accidentally activated. You’ll love the feature because it helps to ensure the watch is resistant to water. It’s a great feature if you wear the watch in the shower, swimming pool, or being out in the rain. You can purge any remaining water out of the device too. It’s easy to use this feature, you just need to look at the iPhone setup and go from there. 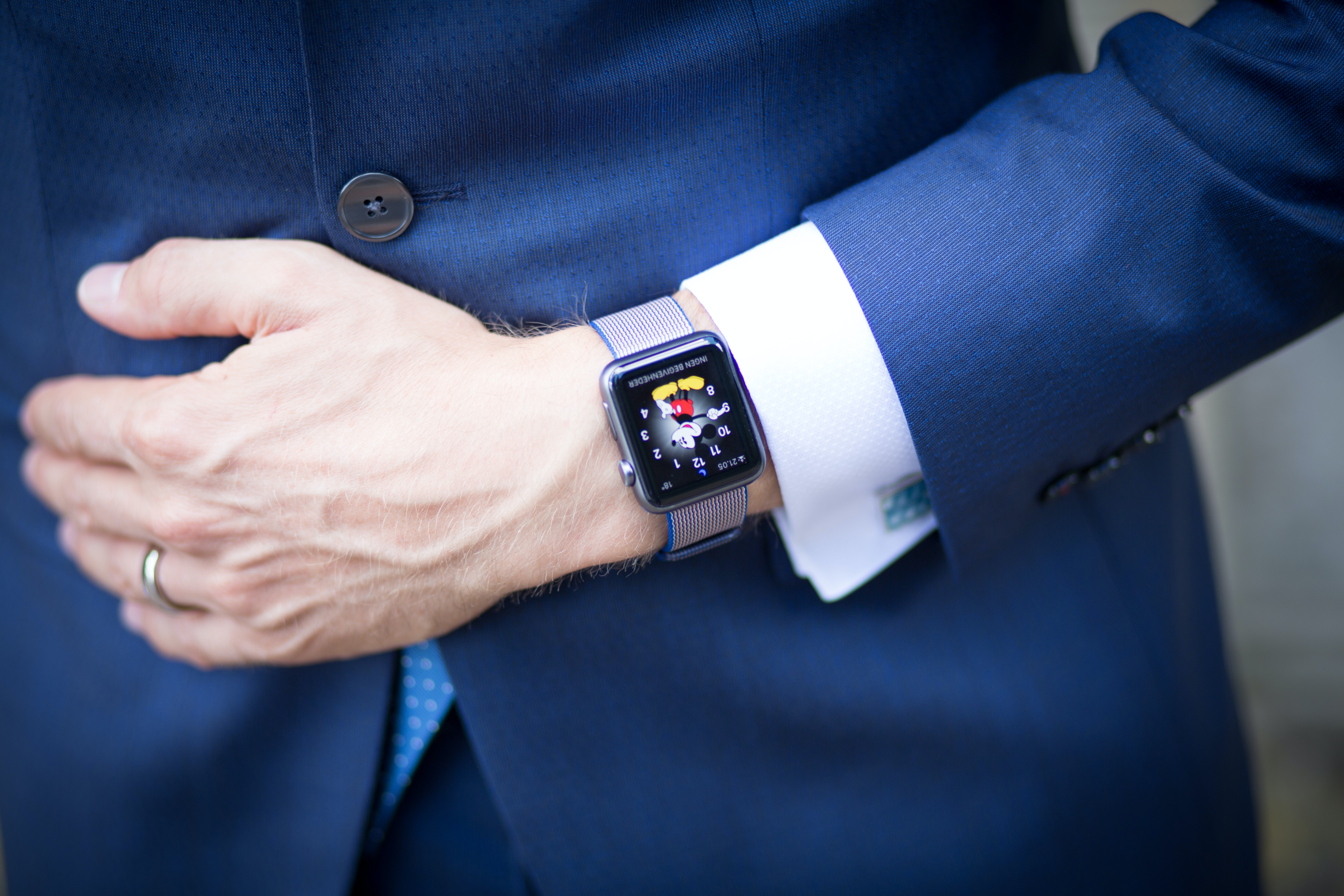 The Flash and Ping

You probably know the Apple smartwatch has a ping feature. This is where you can ping your lost iPhone via your Apple smartwatch. Now, you can activate an LED flash too. This might make it easier to locate the phone. Even if your batter is low or is switched off, you could still use this feature. iPhone tech is impressive, and these smartwatch features don’t fail to hit the mark.

Use A 6-Digit Passcode

iPhone tech really stepped up the game with the latest smartphone, however, some of the technology has also appeared alongside the smartwatch. Apple has taken consumer needs seriously, and the passcode feature is an important part of their devices. The Apple smartwatch 7 goes one step beyond. You have the option of choosing a four-digit passcode, that is the default setting; however, there is also a six-digit feature available. That gives you added protection as it can be tougher for anyone to guess a six-digit code. It’s a nice touch and one that may very well impress you.

Learn to Use Apple Watch Left-Handed

You should never be discriminated against just because you are left-handed. Unfortunately, being left-handed does have its disadvantages. Fortunately, you’ll be able to use your Apple watch with your left-hand. You can alter the orientation of the watch; this can be a nice feature to have and one that’s so easily overlooked. You just need to change the iPhone setup.

It’s easy to miss notifications on your smartwatch because the buzz isn’t strong or loud enough to pick up. While it’s a minor issue, you can be left incredibly frustrated by the missed notification. Fortunately, with the Apple Watch 7, you can get a prominent or stronger haptic buzz. This ensures you get alerted to notifications with ease. You’ll love this feature and it’ll make a huge difference, to say the least.

The Ingenious of Apple

The Apple watch 7 looks set to be a bestseller as the demand for smartwatches intensifies. While you might be familiar with these devices, there are lots of hidden gems you don’t know about. Some of the features really do enhance your experience and you’ll love what they have to offer. Apple has raised the bar for smartwatches everywhere and their latest features impress on many levels.