It is a saying that Windows 11 has entered the market as a strong competitor of the macOS with its new features and visual changes that resemble the macOS Monterey appearance. Even one of the Microsoft teams’ members said in the video conference that there was no plan of coming up with another Microsoft Windows update but when they realized that macOS is acquiring a huge share of the market, they planned to come up with a Windows 11 update.

If you are willing to upgrade the existing PC or Mac or planning to buy the new one, you must read this comparison to make a wise decision.

On the other hand, if we talk about Windows 11 compatibility, it is compatible with all PCs that have a TPM 2.0 chip and an Intel 8th-generation or AMD Ryzen 2000 processor and newer versions. It is also compatible with a Windows 10 on ARM PC and a newer Qualcomm processor. Moreover, the update is free for the users having valid licensed Windows 10.

Here, Windows 11 wins the battle of comparison as it has a wider compatibility scope. 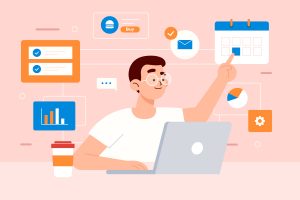 Windows 11 has revamped the way windows tiling and multitasking used to work. Thanks to the Snap Layouts, now if you try to maximize/minimize the window it will show 6 layouts in which you want to adjust all your windows.

Unlike Microsoft, macOS does not have any update in the multitasking feature. It is as it was in the earlier updates. So there is no point in upgrading to macOS Monterey if multitasking is the concern. In Mac, you still have to expand or contract from the green maximize button to adjust the window. Thus, multitasking works better in Windows 11 than in macOS Monterey.

Where Windows 11 still endorses Microsoft Edge with no such upgrades, Apple has modernized the Safari layout and its features to stay updated with the modern culture requirements.

Safari is now cleaner, the buttons are more streamlined, and the tabs also float. Other features include the ability to sync tab groups across different devices. Moreover, the updated features include advanced privacy and anti-tracking features.

However, all the above features are already there in the Microsoft Edge but aren’t as compact as Safari. Thus, the major difference is visual and performance-focused. Before we forget, if you still prefer Microsoft Edge, it can be installed on the Mac but Safari cannot be accessed on any PC.

Windows 11 has changed the look of the taskbar which was followed by all Windows updates until Windows 10. Now in Windows 11, the taskbar is at the center of the screen just like Apple Mac. Well, this is definitely not a coincidence, but rather an intentional change to make it look more like an OS update as people are influenced by the visual appeal of the Mac operating system. Moreover, the windows are rounded from the edges with a translucent background giving them a more subtle look. The Start Menu button is more circular and no longer features Live Tiles. Also, the windows open and close animation looks like the ones in macOS.

Whereas macOS Monterey does not have any such change in the taskbar and the docs. It is just the color of the dock changes as per the window that is opened so the screen would give a synchronized look.

Where macOS has FaceTime and iMessage, Windows 11 offers Microsoft Teams that allows video conferencing and chats. However, till now Teams is majorly used for professional chores rather than as a personal messaging and video calling app.

After launching Windows 11, Microsoft is trying to market Teams as messaging app for friends and family. Yet there are no certain changes or updates in the Teams.

On the contrary, FaceTime has come up with a new feature called SharePlay that allows sharing a screen with friends over the video call and watching movies, videos, or live streams. Also, some Mac models support spatial audio and voice isolation during calls.

Thanks to the macOS Monterey features, now anyone can send FaceTime meeting links to anyone with an Android or Windows phone as well.

Thus, if you want to broaden your social network, Mac models have better features to offer.

Microsoft claims that Windows 11 updates the processor 40% faster than the previous updates. Moreover, it is the most secure Windows ever as of now. Meanwhile, Apple has not shared any official statement about the better performance in the macOS Monterey than macOS Big Sur and there is no such review from the users’ end as well.

We have not seen Microsoft being too inspired by the Mac while delivering an entirely new Windows update. However, both Windows 11 and macOS Monterey have considered the users’ end perspective so both of them have notable features. If you already have a Mac, then you must go for a macOS update. Whereas, if you have a choice, Windows 11 is a considerable option too.